U.S. Soccer gets the win it desperately needed in Russia with 2026 World Cup decision

Breaking News Sports
After failing to qualify for 2018, the U.S. federation got exactly the win it needed with the United Bid winning the hosting rights for 2026

The only U.S. Soccer team competing in Russia this month won the game it had to win, a game American soccer couldn’t afford to lose.

U.S. Soccer, along with teammates Canada and Mexico, secured the right to host the 2026 World Cup in a victory that doesn’t quite atone for the U.S. national team failing to qualify for the 2018 World Cup, but does provide a desperately needed boost that will eventually help soccer regain much of the ground it lost on that nightmare night in Trinidad last October.

To understand what Wednesday’s victory means for American soccer, you must look back to 24 years ago, when the wildly successful 1994 World Cup revived the sport in America and helped it gain a foothold after years of dormancy. 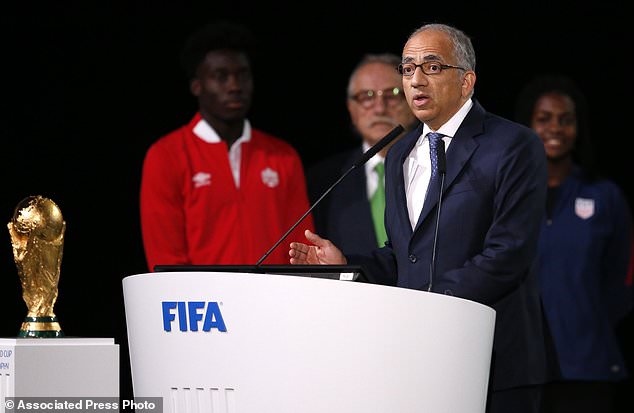 The original NASL took its last breath as a league in 1984, but had been spiraling for years. A decade without a major soccer league only served to build the sport’s anonymity in a country where football, baseball and basketball were kings.

It was always going to take something special to resuscitate the game in America and the 1994 World Cup did just that, capturing the imagination of a generation of sports fans, while helping plant the seeds for what would be born two years later as Major League Soccer.

By the time the first World Cup ball is kicked in the United States, Mexico and Canada in 2026, MLS will be at least a 28-team league, and if attendance growth and salary spending growth continues at its current pace, the league should be at a point where it is ready to compete with any team in the Western Hemisphere, and most leagues in Europe.

The 2026 World Cup will have a much different job than the 1994 tournament because the difference in the soccer landscape in America between 1994 and now goes far beyond the growth of MLS. Today’s American soccer fan has access to every major league in the world via television and internet viewing options, access that has helped expedite the growth of the nation’s collective soccer IQ, as well as cultivating its hunger for the game at its best.

That has led to something that isn’t talked about enough, which is the fact that the American soccer fanbase is divided between those who have embraced MLS and those who still don’t see it as being good enough, choosing instead to follow leagues like the Premier League, La Liga and Liga MX. If the 2026 World Cup can propel MLS owners to make the necessary investment to build teams capable of winning over that considerable segment of non-believers, while convincing corporate America and the media establishment in the United States to buy in, there’s no limit to how far the sport could go.

Winning the 2026 bid should help push jet fuel into the sport’s engine, with the eight years between now and 2026 creating a natural springboard for investment and growth in soccer in America.

And it has already succeeded in changing the conversation away from “How could the United States miss the World Cup?” to “What can be done to make the most out of the 2026 World Cup?”