russels (CNN)President Donald Trump came out brawling in his first public comments here ahead of NATO’s annual summit, accusing a close US ally of being “a captive of Russia,” calling members of the alliance “delinquent” in their defense spending and insisting they increase it “immediately.”

Trump’s provocative comments — particularly those aimed at Germany — at the outset of the NATO summit are sure to amplify the sense of unease among the United States’ closest European allies. Their concerns had already set in ahead of Trump’s arrival on the continent, following weeks during which the US President has increasingly and vociferously aired out his grievances against many of them.
Trump is set to meet with both German Chancellor Angela Merkel and French President Emmanuel Macron on Wednesday, according to press secretary Sarah Sanders.
Sponsor Content
Discover the 10 hidden gems of this country
From wonders of the ancient world to timeless traditions, every trip here is studded with surprises.
Promoted By Ministry of Tourism India
The US President signaled that he would take that approach in Brussels as he departed the White House and via mid-air tweets aboard Air Force One, but the US President’s direct criticism of a close NATO ally — Germany — and his ongoing airing of grievances on European soil took his criticisms up a notch.
The blistering comments are setting up another jarring contrast as Trump is set to cap off meetings in Belgium and the United Kingdom by holding a summit with Russian President Vladimir Putin, who has largely been spared of Trump’s diatribes.
“I have NATO, I have the UK, which is in somewhat turmoil, and I have Putin. Frankly, Putin may be the easiest of them all. Who would think? Who would think?” Trump said on Tuesday as he left the White House.

‘Germany is a captive of Russia’ 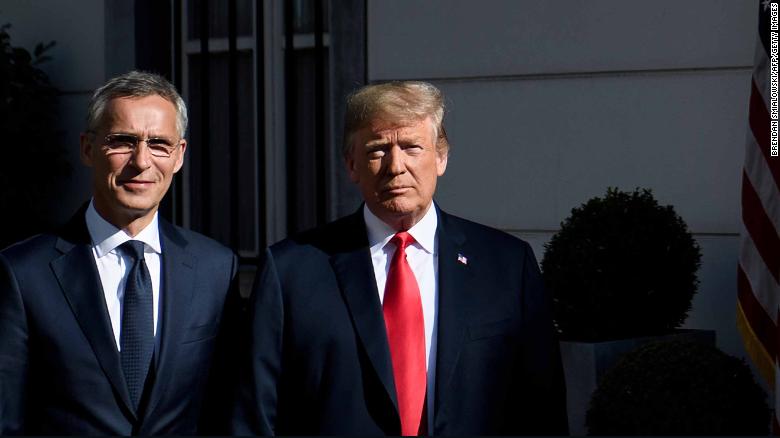 NATO summit: Trump accuses Germany of being a ‘captive of Russia’
As he prepared to greet Merkel and other NATO leaders for the traditional “family photo” op on Wednesday, Trump leveled an unsparing criticism of Germany during a sit-down meeting with NATO Secretary General Jens Stoltenberg, his first of the day.
“Germany is a captive of Russia,” Trump said during a meeting Wednesday with NATO Secretary General Jens Stoltenberg, pointing to German reliance on Russian natural gas. “It’s very inappropriate.”
“It certainly doesn’t seem to make sense that they paid billions of dollars to Russia and we have to defend them against Russia,” Trump said, setting off an impromptu debate with Stoltenberg, who maintained that “despite these differences,” NATO allies “have always been able to unite around our core task to protect and defend each other.”
Trump rejected Stoltenberg’s reasoning, arguing Germany is merely “making Russia richer.”
“How can you be together when a country is getting its energy from the person you want protection against or from the group that you want protection against?” Trump said.
German Defense Minister Ursula von der Leyen preemptively rebuffed concerns about any German “dependency” on Russia in a Tuesday interview with CNN’s Christiane Amanpour, saying Germany has “a very diverse mix of energy supplies.” Leyen also noted that Merkel has been at the forefront of diplomatic efforts to curb Russian aggression in Ukraine.
Trump also singled out Germany for particular criticism as he continued to assail NATO allies for failing to spend 2% of their GDP on defense spending, a target NATO allies agreed to meet by 2024.
Trump erased that timeline as he stepped up his calls for increased defense spending, saying allies should do so “immediately.”
“I think these countries have to step it up, not over a 10-year period, but they have to step it up immediately,” Trump said, pointing to Germany in particular as a “rich country” that “could increase (defense spending) immediately tomorrow and have no problem.”
Addressing reporters within hours of Trump’s comments, Merkel touted German contributions to NATO and in defense of US interests.
“Germany also does a lot for NATO. We are the second largest donor of troops, we put most of our military abilities into the service of NATO and we are strongly committed in Afghanistan, where we also defend the interests of the United States of America. Because the deployment in Afghanistan has to do with the only example of Article 5,” Merkel said upon arriving at NATO headquarters Wednesday.
Merkel also noted that she grew up in Germany during a time when part of Germany “was controlled by the Soviet Union” and pointedly noted that Germany can now “form our own independent policies and can make independent decisions.” 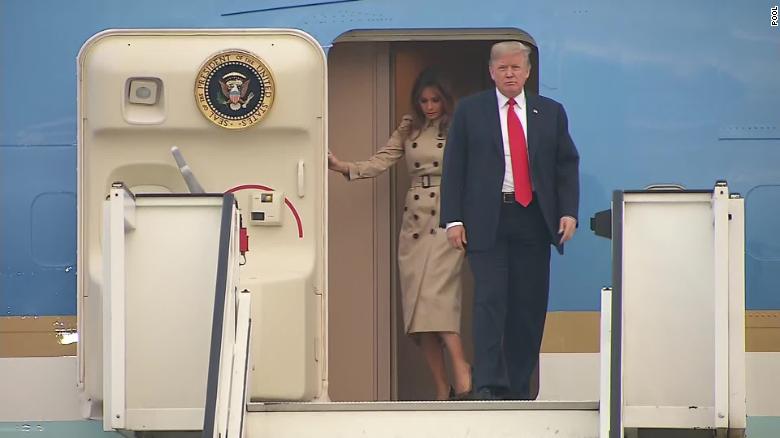 Allies wonder if the West can withstand the Trump presidency
A confrontational US president has become the norm in the West, most recently when he infuriated the top allies at the G7 summit in Quebec. That summit turned into a fiasco when Trump took aim at the summit’s host, Canadian Prime Minister Justin Trudeau, soon after he departed the meeting.
Trump is facing a similar setting in Brussels as NATO member countries have gathered for the alliance’s annual summit while Trump continues to fume about insufficient defense spending from European allies and unfair trading relationships. Trump sent threatening letters to NATO allies ahead of his visit warning key allies they could lose US support unless they ramped up their defense spending.
Responding to Trump’s recent criticism — or perhaps anticipating more — European Council President Donald Tusk offered a rebuttal ahead of Trump’s arrival on European soil.
“Dear America, appreciate your allies,” Tusk said on Tuesday. “After all you don’t have that many.”
Tusk also urged European NATO members to spend more on defense, but noted: “Money is important but generating solidarity is more important.”
Trump’s controversy-stoking tweets ahead of his arrival in Belgium matched similar attempts by the US President to sow discord and project strength ahead of his arrival at the G7 in Quebec last month, when he criticized allies over trade before arriving to gladhand his foreign counterparts as if nothing had happened. This time, he focused on calling out his sense that the US has been bearing an unfair burden of the NATO alliance’s defense costs.
“Many countries in NATO, which we are expected to defend, are not only short of their current commitment of 2% (which is low), but are also delinquent for many years in payments that have not been made. Will they reimburse the U.S.?” Trump tweeted on Tuesday, quickly following up that tweet with one accusing the European Union of “making it impossible for our farmers and workers and companies to do business in Europe.”
US Ambassador to NATO Kay Bailey Hutchison, meanwhile, emphasized the importance of strengthening the alliance ahead of Trump’s visit — indicating some cognitive dissonance with the President.
“The major thing, the major deliverable, the major overall theme of this summit is going to be NATO’s strength and unity,” Hutchison told reporters on a call previewing the summit, before ticking down a list of NATO plans for boosting the alliance.
And while she noted the “emphasis on burden-sharing,” Hutchison focused on the fact that “every one of our allies — 100% — are increasing defense spending” and noted that US allies are “on track to make the 2% pledge” regarding defense spending as a proportion of GDP.
Source: CNN  https://edition.cnn.com/2018/07/10/politics/donald-trump-nato-summit-2018/index.html