“Thanks for accepting me the way I am” – Bobrisky tells Tonto Dikeh, she responds

After the transvestite took to his page to thank the actress for accepting him just the way he is, the latter has replied him too.

Apparently, Bobrisky was one of the many guest who graced Tonto Dikeh’s birthday party over the weekend and during the course of the event, the both of them shared a kiss, which was captured on camera.

After the photo emerged online, there were lots of mixed reactions, most against the action of the ‘born again’ actress towards the cross-dresser. 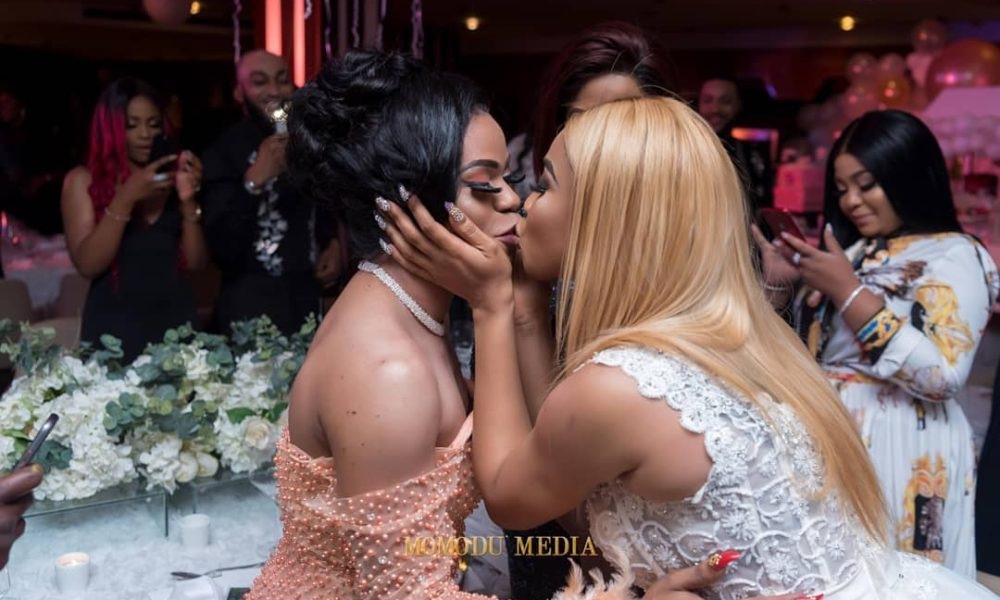 It was in light of this Bobrisky took to his page to thank Tonto for accepting him the way he is and now… she’s replied him too.

@tontolet thanks for accepting me the way I am. One thing people should learn from u is your tolerance to people. U are one in a million and I promise to be loyal to u as long as I’m living as my big sister

And Tonto replied, Ooooo bob how can you thank me for loving you? Who does that? Now I’m vexed my love for you just increased…Love you over board and back 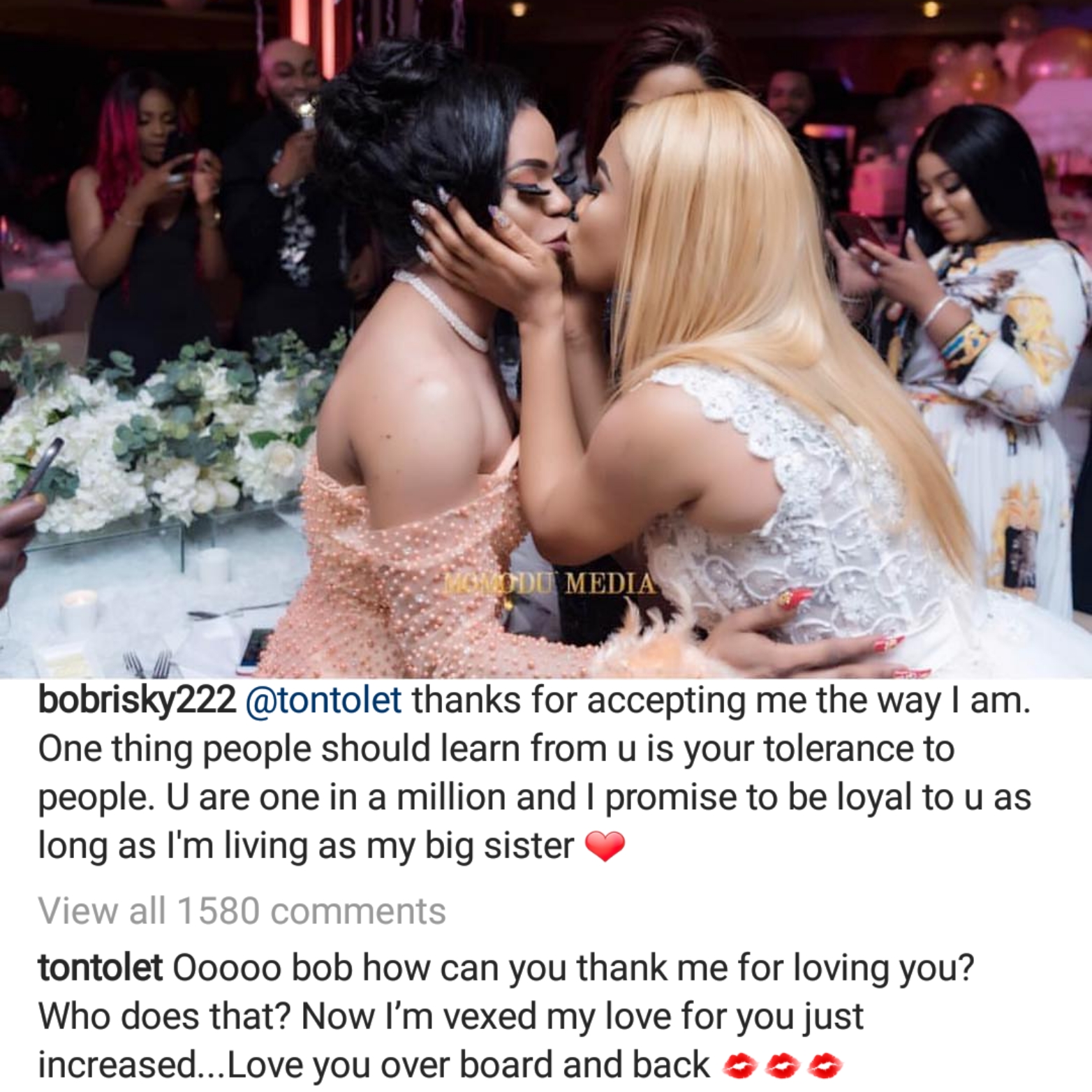