Tana Toraja: The Land Where The Dead Are Fed And Clothed

Tana Toraja, located on the mountainous island of Sulawesi in Indonesia, is one of the rare places that maintains its ancient culture. Despite a majority being Christians, they do not allow Christianity to get entangled with their animist belief called  Aluk To Dolo “Way of the Ancestors”.

In Toraja, the houses easily get your attention. The horns of buffalos on the houses show how wealthy a family is. Besides some of them are constructed wooden houses with red and black designs.

Because the “sick” can stay for years in the Tongkonan, when it is about to be buried, the celebration is well deserved and needs to be perfect hence the name Rambu Solo which translates to the ceremony of perfection of death. 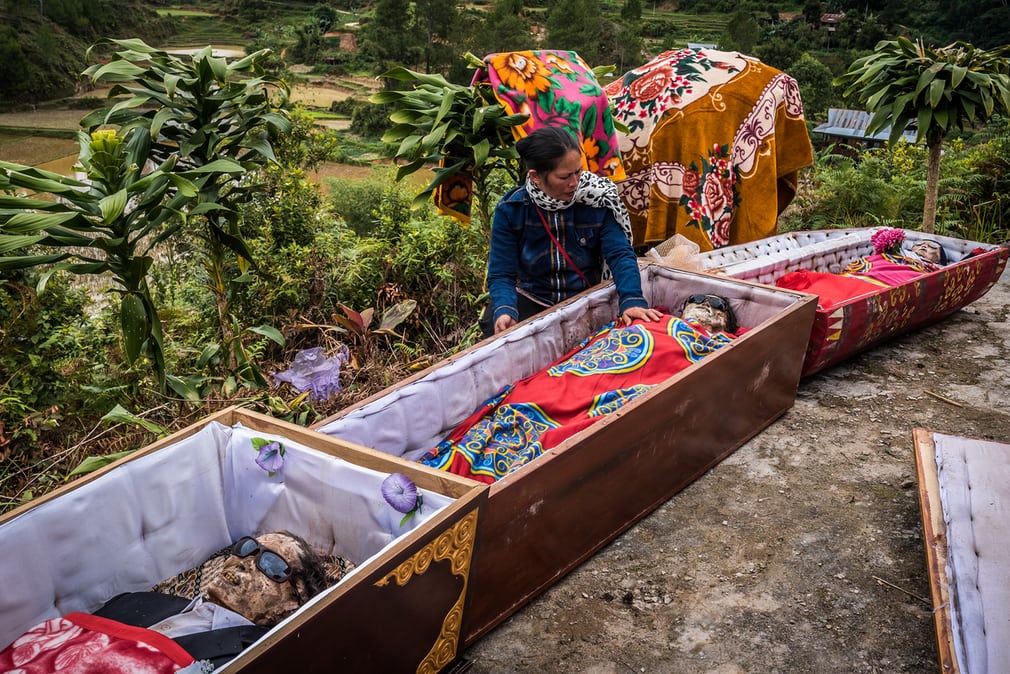 A dead body been dressed up.

During the funeral, buffalos are engaged in a fight before the Buffalo Cauca Tedong Bonga is slaughtered as a highlight of the funeral.
Sometimes, spells are cast on the body to make them walk by themselves to the Balle graves.

Once in the grave, they are buried alongside their favourite piece mostly consisting mainly of cigarettes and watches.

Also, when the family visits, they come with the dead’s favourite piece and drop by the grave.

On the other side of the grave are the Tau Tau doll-like images which serve as guardian angels.

Due to the change in times, some of the sick are taken to the mausoleum. But this does not stop their tradition. Families still take out to be cleaned and changed before they are taken back until the time for a befitting burial.