Health
Prof. Obiageli Nnodu of the University of Abuja has advised sickle cell patients to eat good diet rich in fruits and vegetables to replace lost cells. Nnodu, the Director, Centre of Excellence for Sickle Disease Research and Training in the university, said this on Monday in an interview with the Newsmen in Abuja.

Sickle cell anemia is a genetic blood disease due to the presence of an abnormal form of hemoglobin, namely hemoglobin S. Hemoglobin is the molecule in red blood cells that transports oxygen from the lungs to the farthest areas of the body. 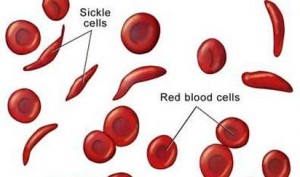 Sickle cell anemia affects millions of people throughout the world. It is particularly common among people whose ancestors come from sub-Saharan Africa. Nnodu said that eating the right diet with lots of water intake, would make the patients do well and the blood to flow well. She emphasised that an adult with the disease should at least take three litres of water per day. The professor also underscored the importance of people screening and knowing their genotype before marriage to avoid having children with the disease. She added that the university had set up a screening centre for children under the age of five. She further advised people with the disease not to hide, but come out to get help and be educated on how to manage it.
Source: Vanguard  https://www.vanguardngr.com/2018/06/sickle-cell-replace-lost-cells-don-advises/