Salah laughs off Ramos injection claims: Maybe he can tell me if I’ll make the World Cup!

Liverpool star Mohamed Salah has laughed off Sergio Ramos’s claims that he could have played on in the Champions League final, insisting that leaving the pitch that night was the worst moment of his career.

Salah left the field in tears last month after tangling with Real Madrid captain Sergio Ramos in the first half of Liverpool’s 3-1 defeat.

It was an injury that sent shockwaves through Egypt ahead of the World Cup in Russia, though national team boss Hector Cuper has remained hopeful that the Premier League Golden Boot winner will be fit for the showpiece tournament.

The backlash around Ramos’s challenge in the final saw the Madrid star widely condemned, with a petition set up urging UEFA to punish the centre-back receiving over 300,000 signatures .

Ramos had his own say on the matter, meanwhile, suggesting that Salah could have played on if he had received injections – a claim that the Egyptian finds rather humorous.

He told Marca: “[Laughs] My comment is that it’s always okay when the one who made you cry first, then makes you laugh. Maybe he could also tell me if I’m going to be ready for the World Cup?”

Asked about Ramos’s declaration that there’s a possibility Salah locked arms with the centre-back rather than the other way around, Salah added: “It’s funny…

“Yes, it was,” Salah added when asked whether having to leave the Champions League final was the worst moment of his career.

“When I fell to the ground, I had a mixture of physical pain and a lot of worry. Also anger and sadness for not being able to continue playing the Champions League final. 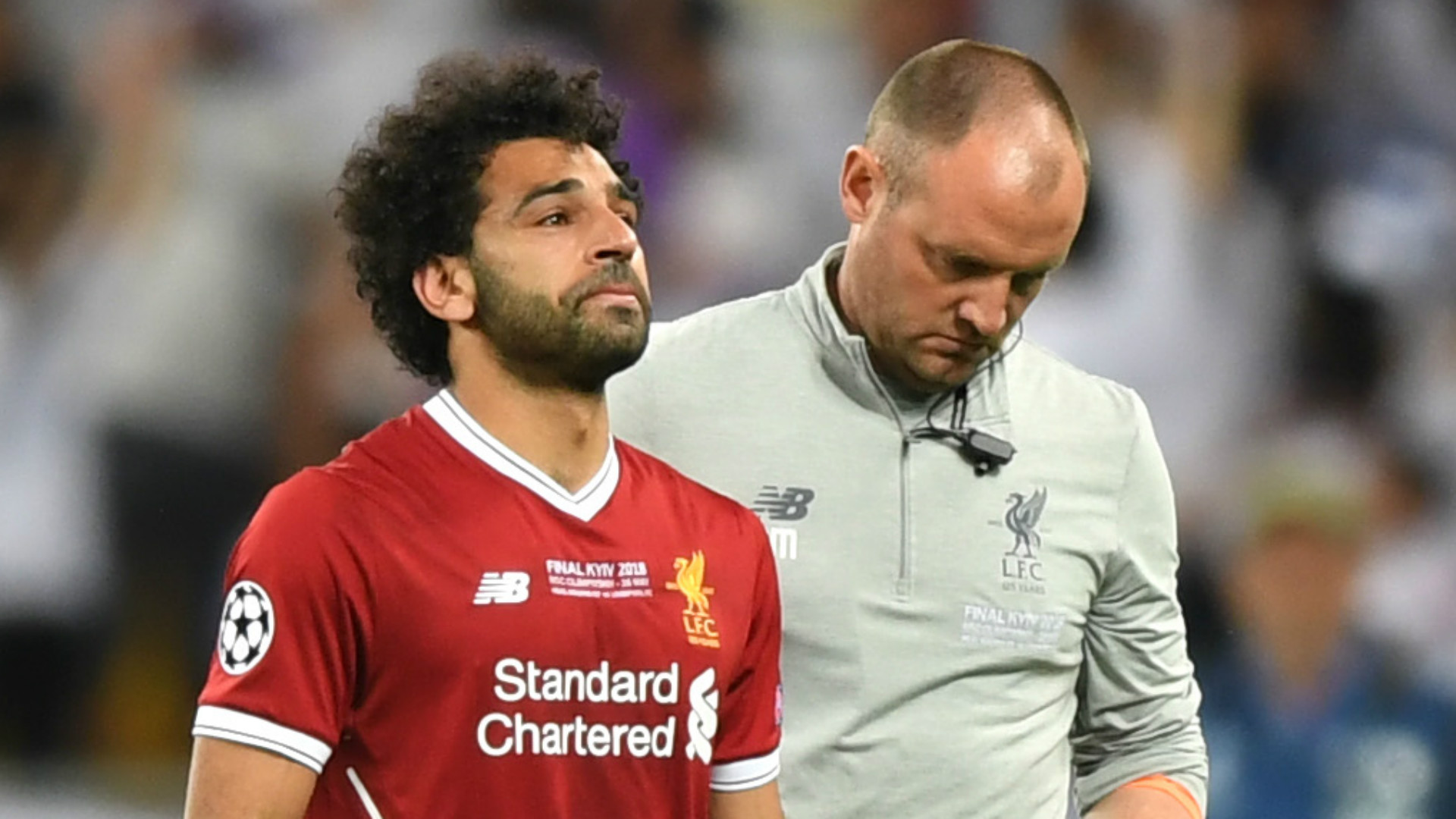 “Moments later, I also thought about the possibility of not playing in the World Cup and that was a devastating thought.”

Egypt will open their World Cup Group A campaign against Uruguay on June 15 and Salah is hoping he will be fit enough to feature in that game – a suggestion that didn’t seem possible when the forward initially suffered his shoulder injury.

He added: “Now I’m better. I hope to play the first game against Uruguay, but that will depend on how I feel when it [the match] approaches.”

Egypt will also face hosts Russia and Saudi Arabia as they prepare to end their 28-year wait to compete at the World Cup.

“We had not achieved it for a long time and it was something very special. Maybe like for Spain to win the World Cup.”