England will take their chances in the so-called easier half of the draw as they face Colombia in the last 16 of the World Cup following a 1-0 defeat to Belgium.

The Red Devils, on the other hand, take on Japan in what should be a very winnable game en route to the quarter-finals.

With both teams on six points heading into the final Group G tie in Kaliningrad, England and Belgium were both assured of their places in the knockout stage. This meant that many fringe stars from each side were offered a chance to make an impression for a starting spot in the next round.

While Belgium’s Adnan Januzaj took his chance with a brilliant finish, England’s best opportunity fell to Marcus Rashford, who fluffed his lines and probably ruined his chance of starting a game in Russia. 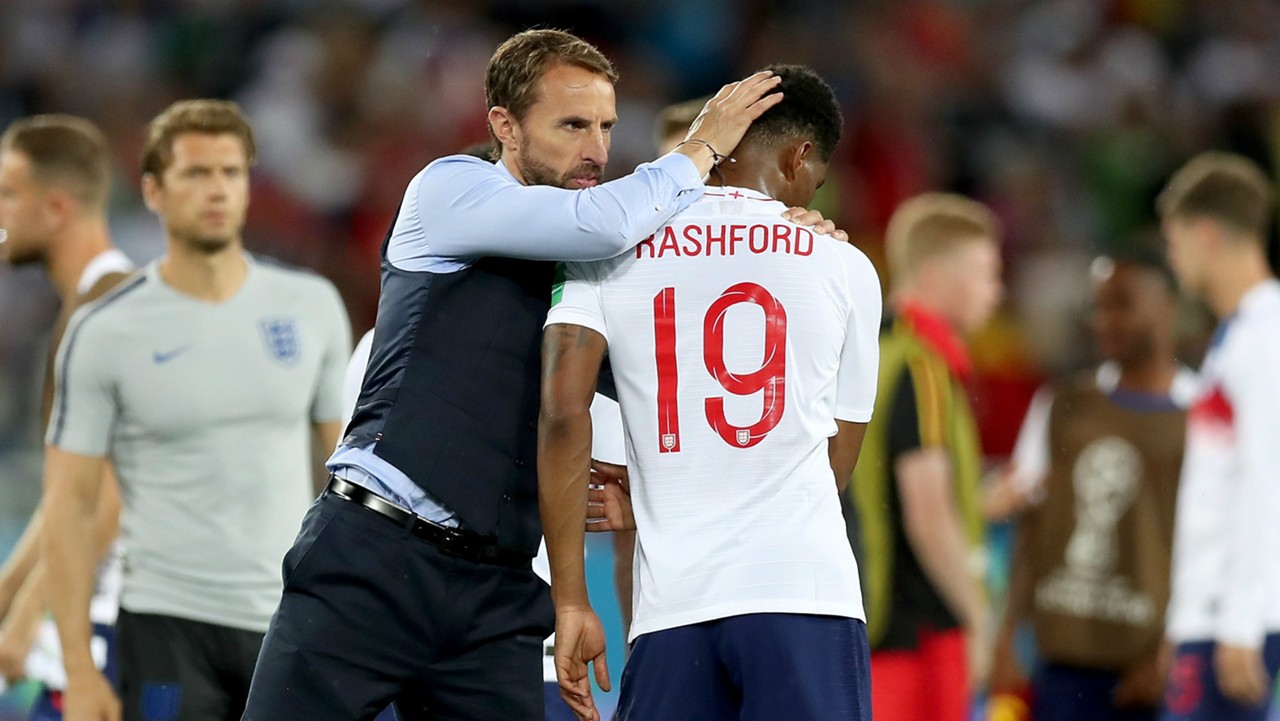 A match with so many changes from both teams was never going to be a momentous one. It wrote its name in the history books, but only for the fact that 17 changes broke the record for combined first-team alterations at a World Cup. England named eight new starters from the team that had beaten Panama 6-1 while Roberto Martinez kept just goalkeeper Thibaut Courtois and defender Dedryck Boyata from Tunisia’s conquerors.

Liverpool full-back Trent Alexander-Arnold became the fourth teenager to start for England at a World Cup , making only his second ever international appearance. The 19-year-old was confident on the ball, but sometimes found it difficult to deal with Belgium’s tricky winger Thorgan Hazard. Despite all the talk of Harry Kane getting the Golden Boot , the Tottenham striker watched from the bench as Jamie Vardy ran around a lot to little effect.

Rashford was also chosen up front, where his pace caused Belgium’s makeshift defence problems, but spurned the Three Lions’ best opportunity of the game when he broke through on goal, firing a curled effort past Courtois’ left-hand post. The Manchester United forward really should have at least got his shot on target, having brilliantly set up a one-on-one which would have levelled the match.

A former United teenager was the man who gave Belgium the lead, taking his chance where Rashford couldn’t. Januzaj took a brilliant touch inside the England penalty area, outwitting Danny Rose to create space for a shot, which he brilliantly turned into the net to leave Jordan Pickford with no chance. The quality of the finish will have given Martinez plenty to think about for the knockout stages, offering another option in an already abundantly-potent attack. 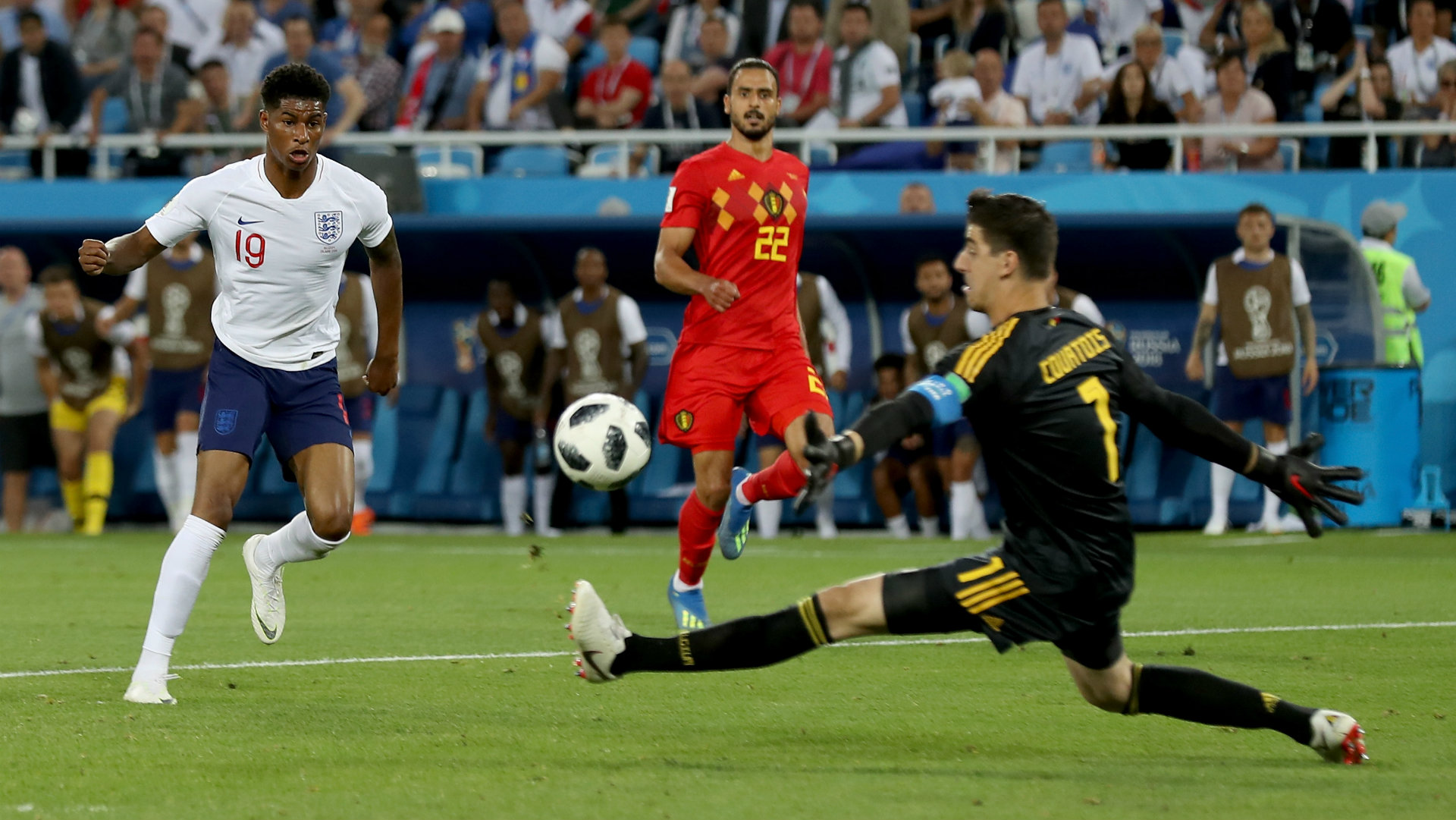 Ahead of England’s game with Panama, many pundits and fans were calling for Rashford’s inclusion, with the hope that a run-out against the minnows might help give the United forward a chance to build his confidence. Instead, he was offered an opportunity by Southgate against Belgium’s B-side, but failed at the crucial moment, meaning any suggestions of him replacing Raheem Sterling in the line-up will fall upon deaf ears as England look for a first knockout round win since 2006.

Danny Welbeck was introduced off the bench with just over 10 minutes remaining, pushing Rashford to right wing-back, further limiting his ability to get on the scoresheet. While it showed the versatility Southgate sees in the teenager, it was also indicative of the England manager’s concerns that Rashford can not be relied upon to provide goals at crucial moments.

On the other hand, Januzaj received a warm embrace from Martinez when he was withdrawn, matching the rapturous applause he got from the Belgium fans. His replacement Dries Mertens had started the previous two games for Belgium and also wanted to stay in the manager’s plans, producing a brilliant late shot that forced Pickford into a full-stretch save.

Colombia await England in Moscow on July 3, with the winner facing either Switzerland or Sweden in the next round. But, with Colombia full of confidence after back-to-back wins, Southgate’s men have a difficult task of making it further in the tournament. Rashford’s miss could prove costly to both him and his country.