Police say the robbers attacked six banks in the remote town of Offa in Kwara State and fired at a police station, killing nine police officers and passersby including some pregnant women on April 5 this year.
Five members of the criminal gang arrested after the robbery in central Nigeria allege the operation was financed by Bukola Saraki, Nigeria police said in a statement.
“Senate President, Bukola Saraki, is being invited to report to the police to answer allegations indicting him from confessions of five gang leaders arrested for active participation in Offa bank robbery and killings of 33 innocent persons,” said Nigeria police spokesman Jimoh Moshood in a statement. 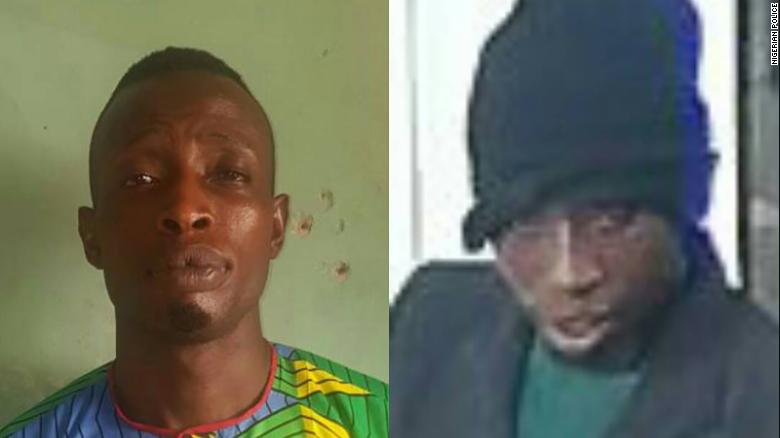 Micheal Adikwu, 30, one of the suspects arrested by the police after the bank robbery in Kwara State, Nigeria on April 5, 2018.
Saraki later sent a tweet saying that Nigeria police no longer required him to attend the station but had asked him to respond to the allegations in writing instead.
According to the police, the five suspects arrested in the robbery confessed they had been “sponsored with firearms, money and operational vehicles” by the lawmaker to carry out the bank robberies.
However, the leader of Nigeria’s Upper Chamber released a statement Monday saying the allegations were “baseless.”
“Let it be known that there is no way I could have been associated with armed robbery against my people. I hereby state categorically that I have no link with any band of criminals. As a person who has utmost respect for the rule of law… when the invitation from the police is formally extended to me, I will be ready to honor it without any delay,” Saraki said in a statement.
A commentator online, Reno Omokri questioned why Saraki, who controls Senate’s annual budget of around $300 million, would rob a bank. 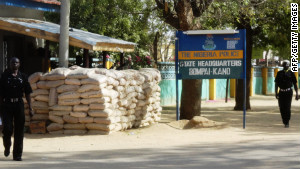 The thieves got away with millions of naira in local currency after using dynamite to blow up a vault in one bank.
Source: CNN