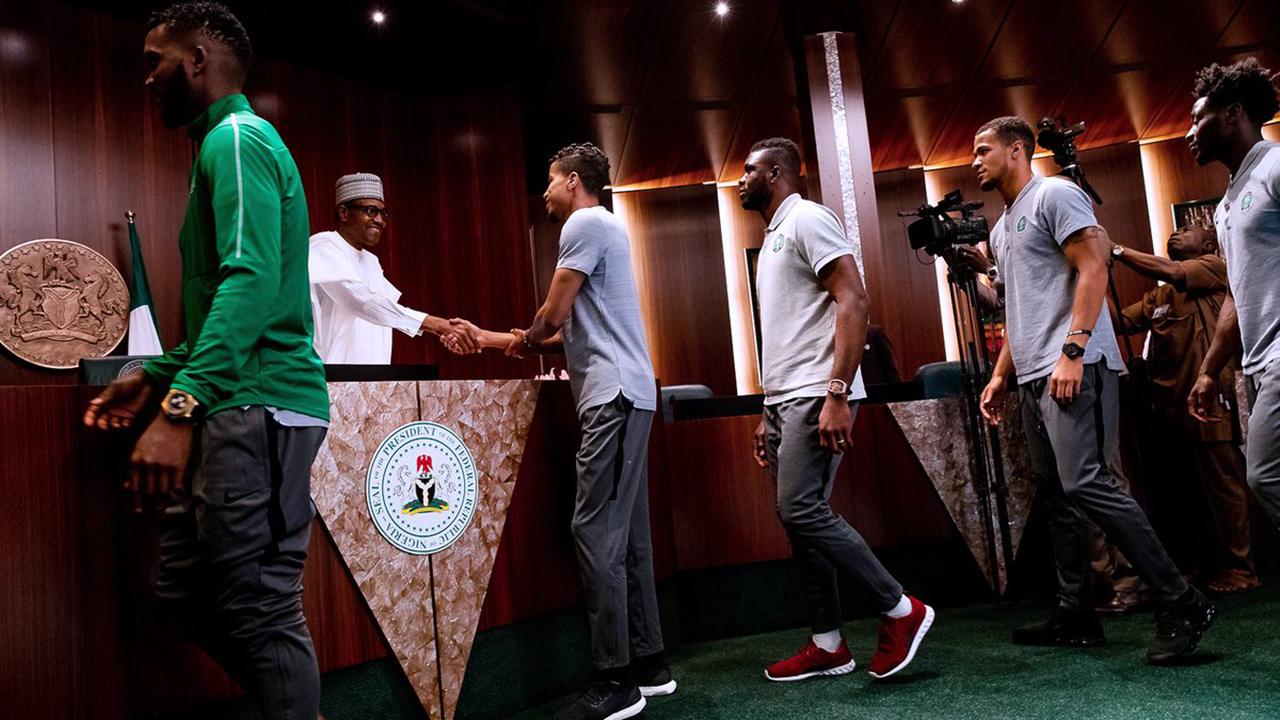 Nigerian President Muhammadu Buhari has charged the Super Eagles to call on the gallant Nigerian spirit at the World Cup in Russia, saying they carry the emotions of over 180 million Nigerians.

President Buhari met the team, who were led by sports minister Solomon Dalung and the president of the Nigeria Football Federation (NFF) Amaju Pinnick when he gave them a pep talk in Abuja on Wednesday.

Nigeria are making their sixth World Cup appearance in Russia and are drawn in a difficult first round group with Argentina, Croatia and Iceland.

“You must know that you are not just going to a tournament, you are carrying the emotions, passions and feelings of over 180 million people,” the President told the team.

“You are the youngest team at the World Cup, you are likely to be the most inexperienced, a fact that is not lost on your opponents. But you can use this to your advantage.

“You have the good support and blessings of all Nigerians, who will look up to you as long as the tournament lasts.”

He continued: “Play fair and clean but demonstrate the gallant spirit Nigerians are known for.

The Super Eagles departed Abuja for London Wednesday afternoon ahead of a friendly against England this weekend.