Liverpool are closing in on the signing of Alisson after agreeing a £66million fee with Roma for the Brazilian goalkeeper, Goal can confirm.

The Reds have been in intensive talks with the Serie A club this week, and now have permission to speak to the player about a move to Anfield.

The deal would make the 25-year-old the most expensive goalkeeper in history, and comes as Jurgen Klopp seeks to strengthen a position that was a problem long before Loris Karius’ much-publicised errors in the Champions League final in May. 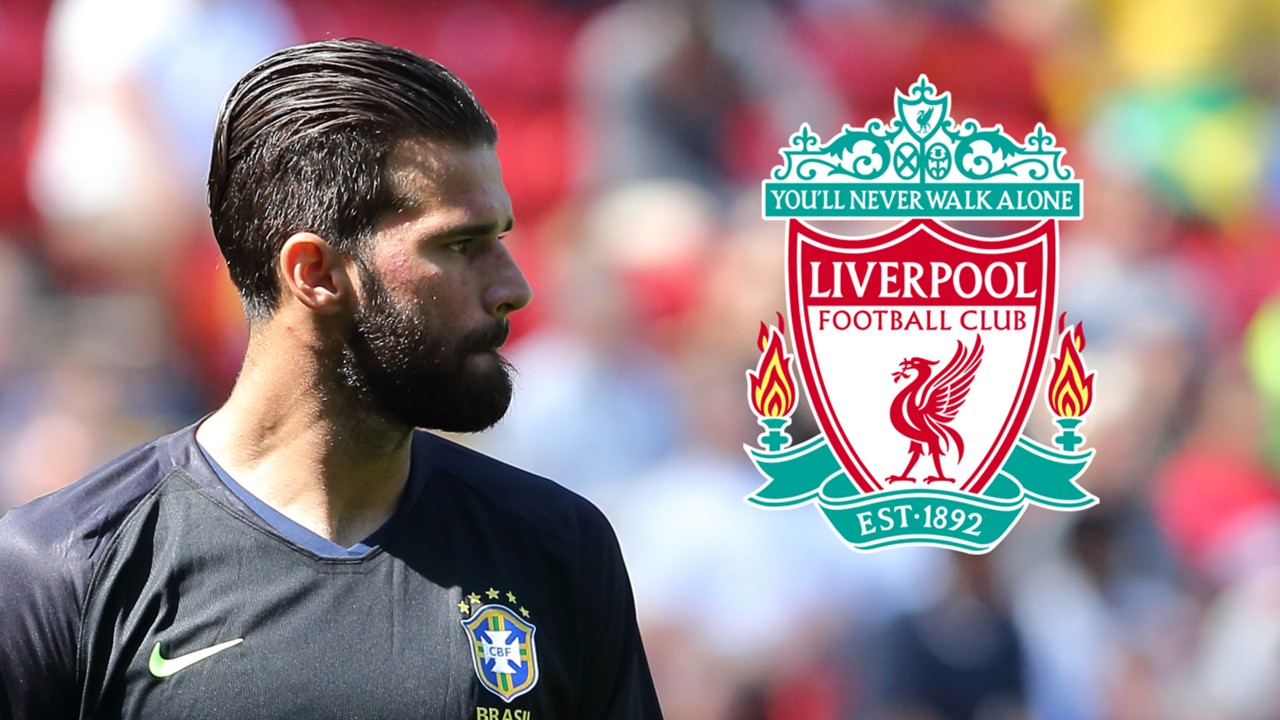 Alisson, it is understood, is open to the idea of a move to Merseyside, but Liverpool could face competition from Chelsea, who look set to lose their own goalkeeper, Thibaut Courtois, to Real Madrid.

Liverpool, though, are growing confident they can win the race, which would mean they have broken the world transfer record for both goalkeepers and defenders in the last seven months.

The Reds have already added Virgil van Dijk, Fabinho, Naby Keita and Xherdan Shaqiri to their squad in 2018, and the addition of Alisson, identified by the club’s recruitment team as their top goalkeeping target last season, would be seen as a huge boost ahead of the new Premier League campaign.

Liverpool fly to the USA for a three-game tour on Saturday, though Alisson would not be expected to return to training until after that in any case.

Klopp had pinpointed Alisson as his preferred goalkeeping target, with the Reds boss aware that none of Karius, Simon Mignolet or Danny Ward have nailed down the No.1 shirt at Anfield.

Karius’s mistakes in the Champions League final against Madrid in Kiev, and doubts about the lasting effect they will have on his confidence, reintensified Liverpool’s efforts to recruit Alisson.

Ward is said to be impressing Klopp in training, but now appears unlikely to get a lasting chance to stake a claim to be first choice as the deal for Alisson edges closer.

Roma had been keen to avoid a repeat of last summer when they sold Mohamed Salah to Liverpool at what now looks a ridiculously low fee and made it clear that they are not prepared for the same to happen with Alisson.

However, Liverpool’s offer has now met Roma’s valuation, leaving the Serie A club to step up their search for a replacement.

Paris Saint-Germain’s Alphonse Areola is thought to be on their radar, while highly-rated AC Milan No.1 Gianluigi Donnarumma is another to have been mentioned.