Chelsea have completed a deal to take Napoli’s Jorginho to Stamford Bridge, the club have announced.

Earlier on Saturday, the Blues confirmed that they had lured Maurizio Sarri to lead the club for the next three years, and his first move has been to secure the signing of the midfielder on a five-year deal.

Manchester City were previously interested in the 26-year-old Italy international but it is Sarri’s side who have won the race for the player, who has arrived for a fee around the £50 million (€58m/$66m) mark. 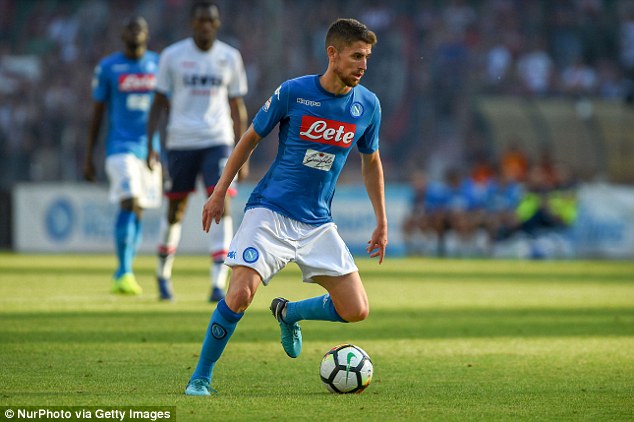 Speaking to the club’s website, Jorginho said: “I am absolutely ecstatic to be here at Chelsea. It is not easy to become part of such a big team so I am very, very happy. I am excited to play in such an intense league, for a team that gives everything to play and win.”

He was an important member of Napoli’s squad under Sarri and the Blues expect him to have a similar influence in London.

“We are delighted Jorginho has chosen to join Chelsea,” club director Marina Granovskaia said. “He was one of the most coveted midfielders in Europe and will become an important member of the playing squad. He has demonstrated his quality working under Maurizio Sarri and we are convinced his signing will help bring further success to Stamford Bridge.”

Jorginho has been handed the No.5 shirt for his first season with the Blues.