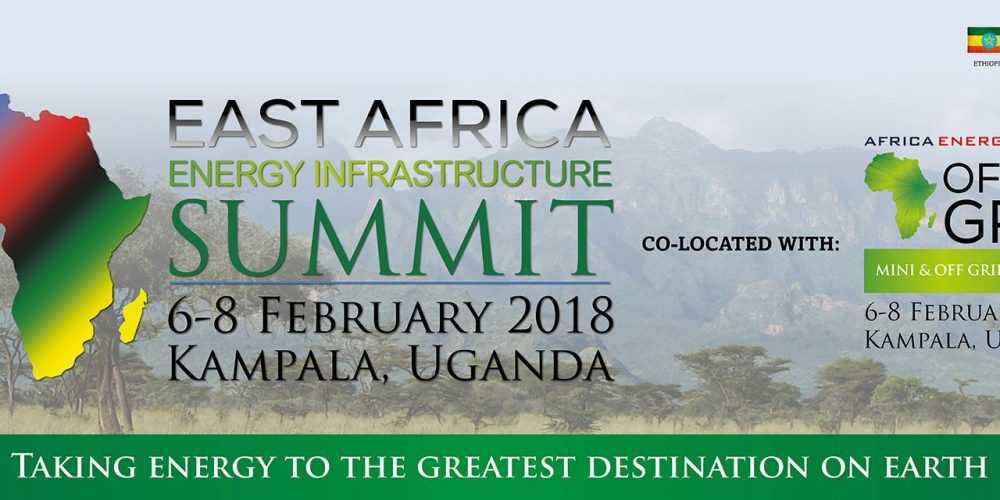 The East Africa Energy and Infrastructure Summit will take place in Kampala, Uganda between 6 – 8 February 2018. The meeting will unite regional governments from Kenya, Uganda, Tanzania, Rwanda and Ethiopia, leading utility and regulatory companies from the region as well as international financiers, donor organisations, power developers to focus on what is needed to unlock investment in energy and infrastructure for regional growth and development. Co-locating with the 2nd Off the Grid Summit, the meeting’s agenda will provide networking opportunities and open discussions exploring practical solutions geared at increasing investor appetite in East Africa.

The East Africa Energy and Infrastructure Summit topics will include:

East Africa as a major player in the gas industry
Regional cooperation in East Africa– interconnecting the region
Project financing for the East African power, energy and infrastructure sectors. A focus on bonds loans and guarantees
Gas and energy infrastructure development in East Africa
Major energy projects and partnerships: country focused
Co-locating with Africa Energy Forum: Off the Grid

East Africa Energy and Infrastructure Summit will co-locate with the Africa Energy Forum: Off the Grid. The second edition of the meeting will focus on the topical issues concerning rolling out off-grid projects across Africa, present the current project opportunities and build on the outcomes of the first successful off grid Summit in December 2016.

The regional platform for power and utility development